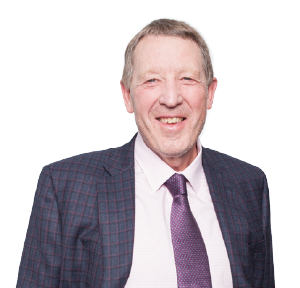 From the very beginning when we had only one aircraft and wished to introduce the unique AN-124-100 Ruslan cargo plane into the international market, we have been building a serious business and for the long haul. We have continually sought to improve our work and always believed that we could achieve even better results. Thanks to the constant desire to meet and exceed the expectations of our customers, over the last 25 years, we have become a global Group of Companies whose aircraft perform charter and scheduled cargo transportation on every continent of the world.

Volga-Dnepr Airlines, which turned 25 in 2015, is the first private Russian freight carrier. The airline operates the world's largest fleet of the unique AN-124-100 Ruslan transport aircraft, as well as aircraft from the IL-76 family in the modernised IL-76TD- 90VD version. The capabilities of these aircraft and enormous experience of the company’s employees in solving the most challenging and unusual logistics and technical problems have made Volga-Dnepr a recognised global leader in the industry segment for the delivery of non-standard (super-heavy, outsize) cargoes by air.

AirBridgeCargo Airlines has taken a leading position in the Russian and international markets for scheduled cargo transportation. The airline's fleet consists of the highly capable and high-tech Boeing 747 aircraft and is one of the youngest in the industry. AirBridgeCargo's global route network includes the world's largest transportation hub airports, connecting the key production and consumption markets in Asia, Europe and North America. The hub network model implemented at Moscow’s Sheremetyevo airport ensures the delivery of cargoes from origin to destination in less than 48 hours, including ground handling.

25 years ago, Volga-Dnepr became the first private cargo company in Russia. At the time of its launch, its staff consisted of only a few dozen people united by the idea of using the AN-124-100 Ruslan freighter for international cargo transportation. This aircraft is still the world's largest series-produced commercial cargo aircraft. It is unique both in its lifting capacity of up to 120 tonnes and the dimensions of its cargo compartment.

In addition, the Group includes companies involved in maintenance and repair of aircraft, providing ground cargo transportation, developing engineering and logistic solutions, and providing insurance services. The companies are connected through the principle of business synergy, which is embodied in the concept of the Group's Cargo Supermarket, the essence of which lies in providing individual comprehensive solutions in accordance with the objectives and needs of each customer.

Volga-Dnepr Technics Sub-Group of Companies provides maintenance, repair and overhaul (MRO) of Russian and foreign aircraft equipment for both airlines of Volga-Dnepr Group and third-party customers.

Volga-Trucks provides door-to-door cargo delivery services for Volga-Dnepr Group's customers. The company has a Russian Customs carrier licence, which authorises it to perform transportation under the internal customs transit procedure.

Volga-Dnepr-Leasing has consolidated organisational and financial resources of the Group to create a modernised version of the IL-76TD aircraft. As a result, the redesigned IL-76TD-90VD fully complies with ICAO's requirements and is approved to operate anywhere in the world. Volga-Dnepr currently operates a fleet of five IL-76TD-90VD freighters.

Volga Dnepr Airlines (Ireland) Limited (VDI) was established in 1996 and is part of the Charter Cargo Transportation Sub-Group of Volga-Dnepr Group. The main activity of VDI is managing operating and finance leases of aircraft and aircraft engines. The company plays an important role in the activities of Volga-Dnepr Airlines as the owner of 17 engines for the AN-124-100 (D-18T), one Boeing 737-400 aircraft, and two AN-124-100 freighters. In 2015, the company's turnover grew by 17%. The development of Volga Dnepr Airlines (Ireland) Limited is determined by the strategy of Volga-Dnepr Group.